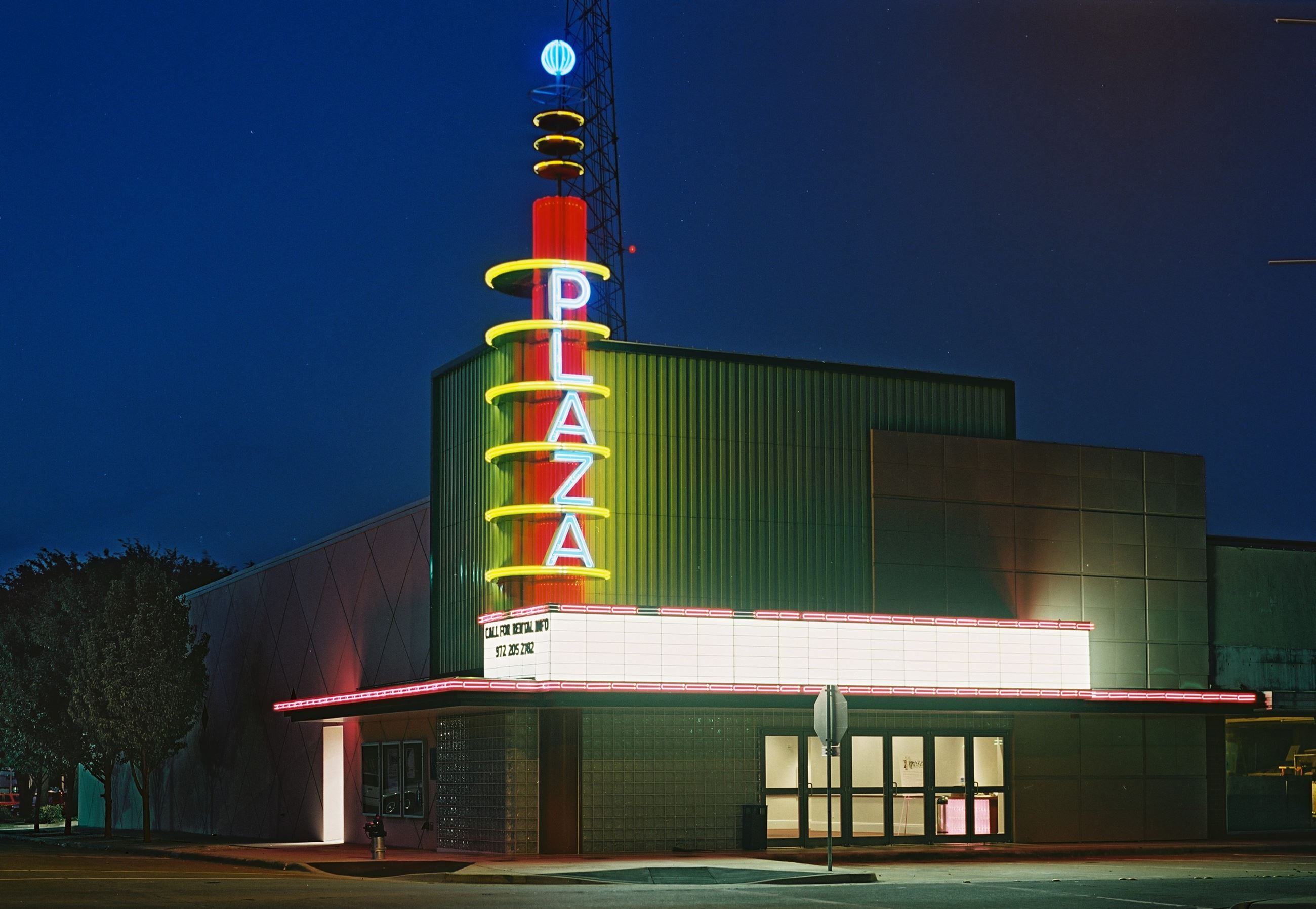 The original building dates back to the early 1900s, serving as a dry goods store, first as Joe J. Mickle and Son and later as Cole and Davis. The Plaza Theatre officially opened on April 4, 1941. The opening show premiered at 7 p.m. and starred Robert Young, Randolph Scott, Dean Jagger, and Virginia Gilmore in “Western Union.” The Plaza was one of three theatres on the downtown square, all of which were owned and operated by H.R. (Bis) and Jennie Bisby.

The Plaza opened as a cornerstone location on the downtown square and was the most modern theatre complex in the suburban area. In 1950, the current façade was designed by Dallas architect Jack Corgan. Following the advent of television, the success of local area theatres suffered. The Bisbys removed themselves from active participation in the late 1950s and rented the facility to other theatre operators.

In the 1970s and 80s, the facility was utilized as a performance center for local country-western groups. After Mrs. Bisby’s death, John Skelton, trustee of the estate, donated the Plaza Theatre to the City of Garland in December 1991.